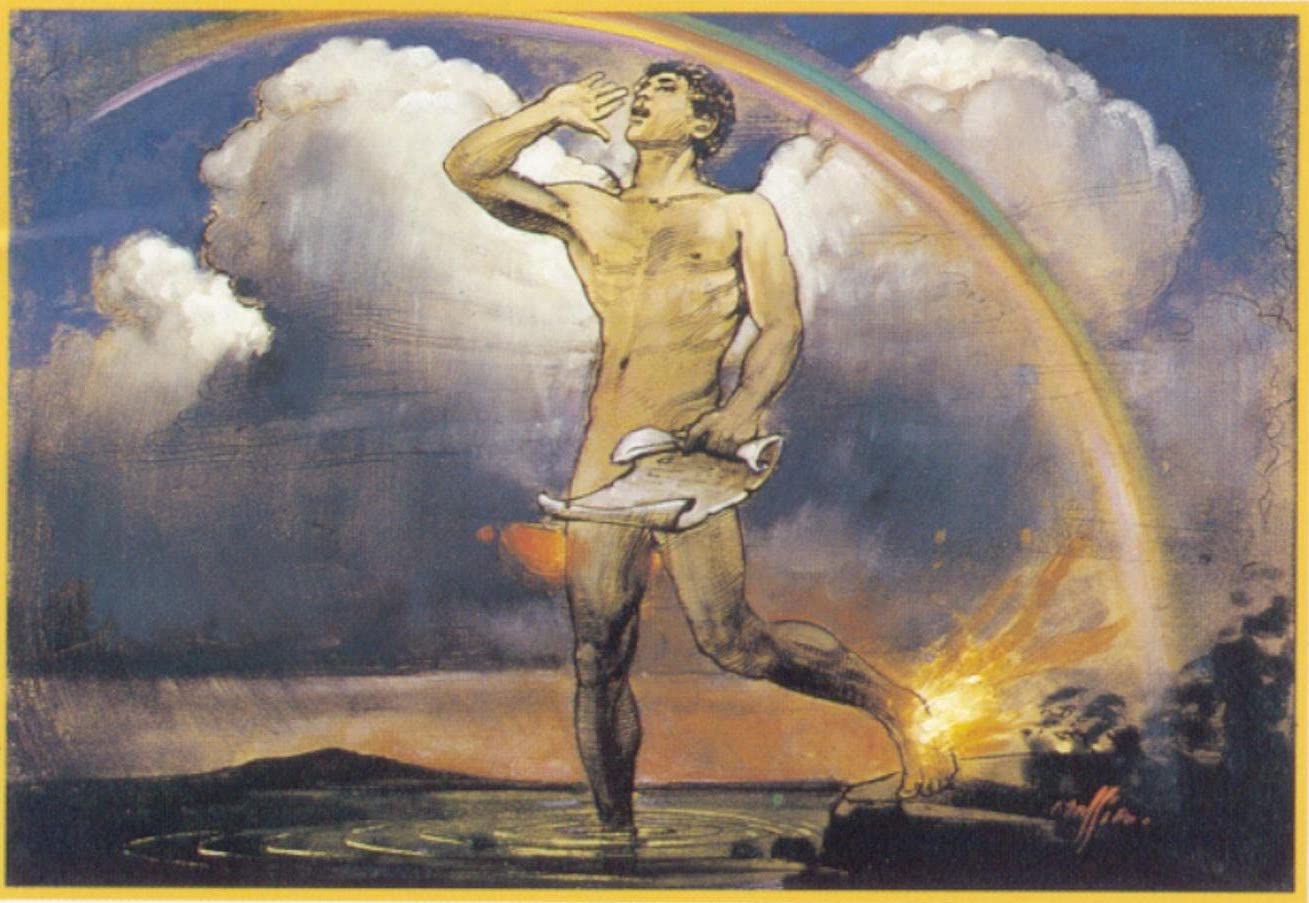 COMPOSER Lei Liang’s 2018 chamber opera, Inheritance, may not contain the clearest voice in the chorus of modern art music. In fact, it’s terrible. John Luther Adams’ Become Ocean is a more mature representative of the make and mold being applauded by the patrons of the arts at present. Inheritance addresses gun violence through the narrative device of a gun manufacturer’s daughter who is haunted by the ghost of those killed by her father’s guns. Adams’ piece, which took home a Pulitzer Prize in 2014 and a Grammy in 2015, asks us to accept climate change, to accept that our future is to “become ocean.” Inheritance is monochromatic and unmusical, its staging is unconvincing, and its performance lackluster; the drama feels forced, the acting stilted (to see a trailer, click here). Laudation, nevertheless, is heaped upon such endeavors, regardless of their artistic rank, solely from the perspective that these works engage contemporary issues (see NewMusic USA’s review of Inheritance, here).

You are undoubtably aware that an anxious discussion has been taking place among the arts community for several decades revolving around the retention of audiences, particularly among the younger generations. Many solutions have been proposed, but a common thread that can be traced is the word, “engagement.”

The rationale fueling much of the current discussion is the assumption that performers and repertoire must engage contemporary problems in order to attract audiences. A 2018 performance of Alexander Kastalsky’s Commemoration for Fallen Brothers (1917) with Leonard Slatkin conducting, entreated its audience to value the relevance of the work in today’s tense political climate, to draw a parallel between our own times to the First World War in which Kastalsky wrote. The Crossing’s recording of Lansing McLoskey’s Zealot Canticles, awarded a Grammy in 2019, is promoted as “a major work on themes that dominate our public discourse every day.” The same headlong rush toward relevance may be noticed in the visual arts. Christopher St. John, whose artwork graced The Crossing’s 2019-2020 performance season, writes, “I promote responsible and positive stewardship of the biosphere we share with all life.”

Today’s most pressing problem is the pandemic caused by COVID-19. For the French composer, Olivier Messiaen, it was the Second World War, during which he found himself a prisoner of Nazi Germany in 1940. Despite the entire world collapsing under the onslaught of the Axis Powers, Messiaen’s situation was not so dire as our own at present—he was not quarantined, but was rather in the company of the talented clarinettist Henri Akoka, the cellist Etienne Pasquier, and the Violinist, Jean Le Boulaire. A sympathetic prison guard even found Messiaen a piano. Nonetheless, circumstances were far from ideal. It was winter after all, in Poland. Moreover, Messiaen left behind a wife and son, Claire and Pascal. Yes, and we said, it was WWII. Thus, when Messiaen took up the composer’s pen, it was a perfect storm in which to address contemporary problems, considering these were in abundance. We can imagine the opus: Apparition of Peace, or Twenty Preludes for Humanity, or at least Fanfare in the Face of Fascist Oppression. Instead, Messiaen wrote the brilliant, Quatuor pour la fin du temps (Quartet for the End of Time), performing it with his fellow musicians to an audience of several hundred prisoners on January 15th, 1941.

This truly monumental work of 20th century chamber music seems to completely ignore the events which surrounded its writing and performance. It expresses no anger, it contains no urgent plea for temporal peace. The text which informs its eight movements is taken from the Book of Revelation, the prophetical epilogue to the Christian New Testament. Revelation is not short on images of war, judgement, and apocalypse. Yet, the text that attracted Messiaen was an obscure detail, “There shall be time no longer” (Rev. 10:6).

It would be a permissible assumption to see in Messiaen’s appeal to the eternal an effort to transcend the barb wire of his prison. Be this as it may, evidence suggests that Messiaen was drawn to the text primarily by his life-long fascination with musical timelessness or, more precisely, meter-lessness. Messiaen, after his release from prison, would write Technique de mon langage musical (The Technique of My Musical Language) in which he would detail his theories related to non-retrogradable and additive rhythms, palindromes, and ametrical music. However, even as a student at the Paris Conservatory, more than a decade earlier, he had shown a strong interest in the rhythmic “eternity” found in the incredibly complex Hindu rhythms (decî-tâlas). The first movement of the Quartet, “Liturgie de Cristal,” tellingly features three decî-tâlas. For a listener hoping to hear a French POW’s response to oppression, they will have to be content with birds chirping from a clarinet and violin; from the piano, according to Messiaen, the harmonious silence of heaven emerge.

The second movement, “Vocalise, pour l’Ange qui annonce la fin du Temps” (“Vocalise, for the Angel who announces the end of Time”) is a more promising candidate for exhibiting Messiaen’s angst. Harsh, chromatic tone clusters come crashing from the piano; clarinet, cello, and violin unravel agitated and angular melodic lines. Messiaen indicates, in the program notes for the Quartet, that the opening and closing third of this movement “evoke the power of this mighty angel [in the text from Revelation], a rainbow upon his head and clothed with a cloud.” Yet, this angel is not one of judgement (at least in Messiaen’s field of vision). Similar to the image Gabriel Faure presents in his Requiem (late-19th c.), Messiaen’s eschatology does not linger on the dies irae (day of wrath), but hurries to our ultimate end, in paradisum.

Directly after the sixth movement, the “Danse de la fureur, pour les sept trompettes” (“Dance of fury, for the seven trumpets”), easily the most alarming of the Quartet, Messiaen ushers back the angel from the second movement, who appears, covered with a rainbow. This rainbow, Messiaen writes, is a “symbol of peace, wisdom, and all luminescent and sonorous vibration.” The work ends with a sublime vision of Jesus, the God-Man; the piano gently releases ripples of lush, ascending chords while the violin soars effortlessly to its highest register, disappearing into vibrant silence.

Alex Ross writes in The New Yorker, “In the face of hate, this honestly Christian man did not ask, ‘Why, O Lord?’ He said, ‘I love you'” (Alex Ross, The Rest is Noise, March 22, 2004). Surrounded by oppression, deprivation, and isolation, Messiaen is transfixed by the songs of birds, visions of mighty angels, and Eternity, made present in the achingly slow tempo of “Abîme des oiseaux” (Abyss of Birds) and the 29-note palindrome of the “Liturgie du Cristal.” The pulsing flight of the two eulogies in movements five and eight contain nothing of angst but exude an almost erotic love for the Word of God, the Eternal. Ross sees the Quartet as the “rebirth of an ordinary soul in the grip of extraordinary emotion. “Which is why,” he concludes, “the Quartet is as overpowering now as it was on that frigid night in 1941” (ibid.).

Ross has struck gold, I believe. That quality that inhabits cogent works of art is not relevance but transcendence. Had Messiaen boarded the “engagement train,” doubtless he would have brought to his fellow prisoners a compelling picture of their present misery, the hopelessness of their situation, and the dire future that awaited their fellow compatriots at home. Instead, he provided not so much a means of escape as he offered a point of reference that lay not in the shifting sands of time but in the granite immutability of Eternity. It is precisely that timeless perspective that makes Messiaen’s Quartet, Mahler’s 9th, Rembrandt’s Night Watch, and Shakespear’s Hamlet, so compelling, shall we say, engaging. Granted, these works do not simply ignore their historical context. Indeed, each are rooted in historical events—Mahler’s impending death, a particular civic militia unit in the Netherlands, the death of an 11th century Danish king—rooted, yes, but not bound.

Mahler’s 9th, with the broad, sweeping, surging melodies of the opening movement, the bungling Ländler in the second and the sarcastic fugue of the rondo burleske in the third, give way in the finale to bright sadness, heroic acceptance, and a gentle farewell—eternally, eternally. It presents a universal, timeless message. No, not a message— a vision, a mode of being, a plane of existence, a vantage point—that lies far above the insipid chatter of political “messages” and social “engagement.” Great works of art make us stop. Time stops. We see anew.

True art is not reactive but creative. It cannot tear down, but always builds up. Allow me to preserve my credibility by qualifying the following caveat with the admission that among my favorite works of art is Schoenberg’s Pierrot lunaire and add that I occasionally have a relish for George Crumb. With such protective measures, permit me to mention a recent article (click here) in The New Criterion by Heather MacDonald regarding the young, female composer and performer, Alma Deutscher (all “serious” music critics may now cringe). Aside from remarking upon the rather hypocritical attitude that the established press has adopted toward Deutscher—it has dismissed her tonal, classically patterned music as inconsequential, while still flying the banner of diversity over the heads of less talented, but more “woke” composers—MacDonald points out a key reason why she believes that audiences are flocking, old and young, to Deutscher’s concerts: her music is beautiful. Deutscher herself provides her rationale, “there is enough ugliness in the world as it is, and I’ve never understood why I should add more ugliness to it with ugly music.”

The rejoinder is that music should communicate the full spectrum of life, the beautiful as well as the ugly. However, in the eyes of the child-composer, music has the responsibility to take the “artificially ugly” and to transform this into “something more beautiful, through music” (referring to her mimicry of modern police sirens in “Sirens Sounds” Waltz, 2019). Arguably, some maturity may be lacking in Alma’s assimilation of “the ugly” and her ability to hold in tension the ugly and the beautiful. Nonetheless, her positivist outlook on the role of music pairs perfectly with the compositional giants among whom she may one day stand. One conclusion is certain, if the arts community is looking to stem the exodus of audiences from concert halls, they had best take Deutscher, and positivism, seriously.

We have only to recall Messiaen to realize that music that transforms the disfigured can at the same time explore the frontiers of musical language. The music of Steve Reich, David Bruce, and Libby Larsen is further evidence of this possibility. It is not the use of serialism or collage that causes art to be distasteful and unattractive. It is rather the banality of their appeal to social trends and political narratives. An opera that shoves the evils of gun violence or human trafficking into the senses of its audience provides nothing greater for which to aspire. Music that simply echoes the chaos of modern life, the randomness of a meaninglessness existence cannot transform, but is merely a ghost seeing itself in a mirror, and both will die, both are dead. As I am confined to my home, brought to a standstill, so it seems, by the chaos and fear caused by COVID-19, I will not listen to voices that echo my own anxiety and sense of loss. I will seek rather a guiding star that can help me to find meaning in suffering, such a star as Messiaen’s Quartet for the End of Time—beautifully irrelevant, wondrously healing. 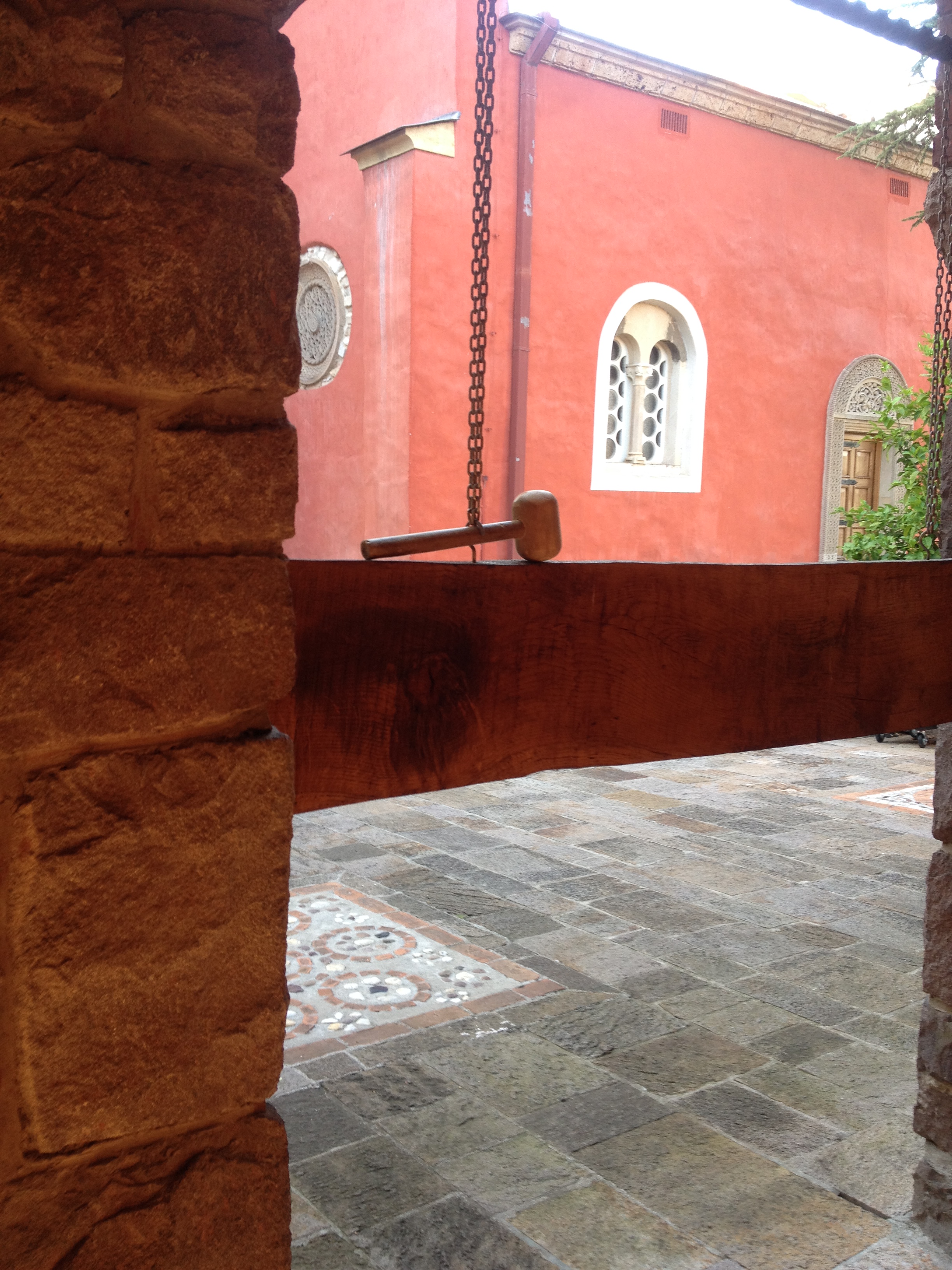